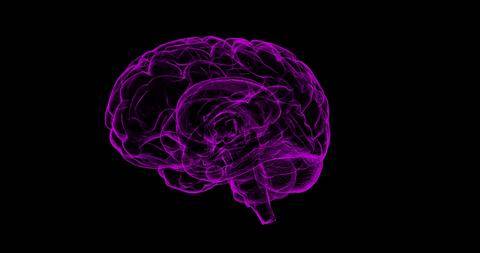 Whether you’re getting older, feeling the effects of Mommy Brain, not getting brain stimulation from your job, or you’re dealing with the onset of dementia, there’s a host of reasons why you might benefit from vitamins and nutrients to shore up the walls of your body’s most important, complex, hardest working organ.

Omega-3 as Fish Oil: Studies have shown that taking fish oil supplements (which are high in EPA and DHA--eicosatetraenoic acid and docosahexaenoic acid) may help improve memory in people with mild cognitive impairment, and they are also recommended to help people with depression.

For use with Alzheimer’s, here are some guidelines:

Bonus: Besides promoting brain health, fish oil is also thought to have a beneficial effect on cholesterol.

High levels of an amino acid called homocysteine are thought to make the brain more vulnerable to beta-amyloid (a toxic substance that commonly accompanies Alzheimer’s). High levels of homocysteine, coupled with low folate levels, has been associated with heart disease and possibly higher risk for dementia.

A naturally occurring substance found in the human body, citicoline is also found in Eggs, liver, and peanuts (those are the big three), and in meat, poultry, fish, dairy foods, pasta, rice (in smaller quantities). As a drug, citicoline has been proposed for use in traumatic brain injuries, stroke, vascular dementia, Parkinson’s disease, and brain aging because it may stabilize cell membranes and reduce the presence of free radicals (unpredictable atoms, like party animals, who destroy the hotel room and then check out before anyone realizes it) likely to damage your cells accelerate aging and cause diseases) (Blount, Nguyen, & McDeavitee, 2002). Citicoline may also stimulate the release of dopamine neurotransmitters in the brain--in short, citicoline may help your brain send signals better when it’s off its game (https://www.ncbi.nlm.nih.gov/pmc/articles/PMC2695184/).

Practice reading “phosphatidylserine” and it seems that your brain should get some exercise just like that. But if you want to increase the boost, consider taking a supplement containing that very substance, which naturally occurs in the fatty cells of the body.

PQQ, or pyrroloquinoline quinone, is a valuable substance found in human breast milk, as well is in kiwifruit and other natural sources. Science points to PQQ as a rejuvenator of mitochondrial function--it helps your body use the nutrients in foods and supplements to vitalize your body. It could be a key player in the prevention of cognitive impairments, and has been shown to positively impact gait/walking disturbances seen in Parkinson’s disease

Often, herbal remedies lack the scientific study and empirical data to solidify them as beneficial in the medical field, but here are a few plant-based options that are frequently found in herbal supplements and may indeed provide some benefits.
Ashwagandha: A highly revered herb in ancient Indian healing system), may help protect the body from the effects of stress.
Rhodiola: A perennial flowering plant, shown to decrease fatigue and increase the capacity for mental work
Ginkgo Biloba: Derived from the leaves of a tree called Ginkgo biloba, this supplement has been shown to improve memory and cognitive processing in healthy older adults when taken daily for six weeks.

Eat for your brain

A diet rich in the following foods may also help to keep your brain in balance:

It’s always a good idea to talk with your doctor when choosing a brain boosting supplement, especially if the ingredients are new to you. And if you are experiencing symptoms that are new--brain fog, forgetting daily living tasks that used to be second nature--talk to your doctor. Supplements help, but may not be all you need. At Methyl-Life, we want you to be the healthiest you can be.