Beginning a Probiotic Regimen - What to Expect 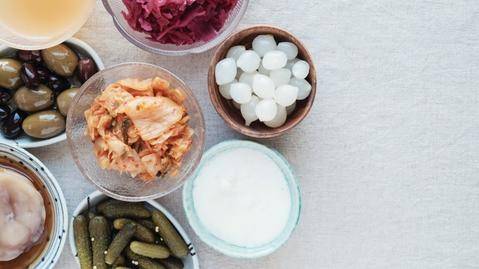 There are a large number of bacteria that live in our bodies, primarily in our guts. In fact, we have around ten times more bacteria than we do cells. While most people believe bacteria to be negative -- and they can be in many instances -- some bacteria will do a lot of good for our bodies.

Probiotics are one such classification of these “good types” of bacteria. They’re living microorganisms that can be ingested by mouth to provide a wide range of benefits. Probiotics shouldn’t be confused with prebiotics, which are dietary fibers that act as food for the probiotics.

Having too much bad bacteria in your gut can cause an imbalance and be linked to various health diseases, but taking probiotics can help normalize the balance of good and bad bacteria in the intestines. This will help your gut flora to get back to functioning properly.

If you’ve been instructed by your doctor to take a probiotic, there are several things you should know so you can better prepare yourself. We’ll break it all down for you below. First of all, not all probiotics are equal - in fact, most species of probiotics cannot survive the stomach acids which means 90% often die before reaching the intestine where they’re supposed to flourish and do their jobs to populate and beat out the bad bacteria. If you want to ensure your probiotic will, in fact, reach its destination intact (the intestines), then consider a spore-based probiotic. The way you’ll know it’s a spore-based probiotic is that the specific names of the strains will start with the word ‘Bacillus’. What’s unique about a spore-based probiotic is that it can live and survive in multiple environments (especially harsh ones). When it feels threatened by the environment, say stomach acid or an antibiotic, a Bacillus strain can turn itself into a ‘spore’ which is like a turtle going into an airtight shell that very little can penetrate, then when the environment around it becomes ‘safe’ again, it will turn back into the live bacteria it needs to be in order to do its health-giving jobs in the gut.

The First Weeks Are the Hardest

Probiotics will do a lot of positive things, but many people might experience some minor side effects, especially in the first weeks. This is largely due to our bodies not being used to the change, but you should know that this is common and temporary.

Some of the side effects might include increased levels of gas, abdominal pains, loose stool, or bloating. The reason taking a probiotic can be so challenging in the beginning is because you’re trying to repopulate your gut with good bacteria. And in essence, you’re kind of bringing in a good army to get rid of the bad guys, and when the good guys are killing off the bad guys, you’re often getting some of these ‘die-off’ symptoms. This is merely your body getting rid of the dead bad guys (which is exactly what you want it to do).

But if the die-off symptoms you’re experiencing start to become difficult to bear, you can always try taking half of a dose, taking it every other day or maybe even both to ease the symptoms. Everyone will be able to tolerate probiotics at different levels (often because we all have different levels of die-off that we’ll experience). Listen to your body and go at a rate and speed that feels doable. The old adage, ‘no pain, no gain’ is an outdated misnomer and is not the way we should be treating our bodies. The same goes for the idea of ‘if a little is good, then a lot must be better’, try to take probiotics in moderation so that the journey is not miserable for you. And realize that if someone takes a full dose of the probiotic easily within a week but it takes you 8 weeks to get to a ‘full dose’, that’s totally okay. It’s not a race and your body will thank you for not making it one.

Eventually, when your body builds up a solid population of “good bacteria” and the negative die-off symptoms start to simmer down, you’ll be able to take the dose at a daily level that suits you best or as prescribed by your healthcare provider.

After the first few weeks, the probiotics will typically start to settle in and do what they do best. During the first couple of months is when you’ll start to notice some of the positive effects that you may have been missing out on for the majority of your life.

You will notice a much smoother digestion process and more normalized bowel movements. The abdominal pain, bloating, and excessive gas will start to go away and you’ll see an improvement in your immune system. By the fourth week, a majority of the antibodies in your system will be flushed out and able to reset.

This first month is all about getting used to what will become your new norm. And you may be surprised by how much the bacteria in your gut contributes to the way you feel on a daily basis.

When you give your body a healthy gut, it will continue to reward you in the long-term. Aside from the benefits listed above, you’ll experience an increase in energy, healthier skin, less body aches and pains, better sleeping patterns, and improved brain function.
These will normally take around three months or so to start showing. By then, you will be grateful for all the benefits and your die-off days will be long gone.
See why our L-Methylfolate is purest on the planet
Sale
View full product details →